I’m still following the #FMSphotoaday for inspiration and also linking to the Ultimate Blog Challenge.

This is a round up of the week: Feel free to click on the links below 🙂

Where you are – Sat at home watching the Mens Singles Final

Path – The shadow cast by our side gate

3 things – reminder of my boy so far away

Smooth – one of my favourite songs

I wore this – multi purpose dress!

A bad habit – gaming when I should be doing other things!

Yesterday I noticed this Meme on Twitter and agreed to take part.

The idea for the Room 101 meme is simple:

So here goes – are you ready??

I hate having grey hair. It started when I was about 16, the odd one or two (or 10). It didn’t bother me too much, my Nan was ‘Salt and Pepper’ and my Mum was also going grey. Then in 1988 my mum died and the grey hair went crazy – now I don’t know if that’s to do with shock or whether I just noticed it more. It was soon after that I decided to start having highlights to mask the grey.
Within a few years I had more grey than highlights to decided to go full head dyeing.  It was dark to start with but I read that ‘mature’ ladies should actually go lighter as your skin tone changes with age. So I decided to go blonde, not successfully at first it was just too light and brassy. I’ve now found a colour I like but I still hate applying the colour every 6 weeks or so. It needs doing now so I’ll have to get the bottle out soon or it’ll look like the new trendy ‘Hombre’ look!!
So lets get grey hair in Room 101 and I can go back to having my lovely light brown shiny hair! 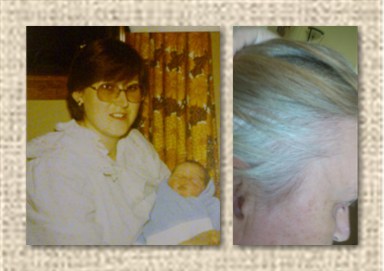 Why do we need to leave a tip?   I’ve heard stories of people being chased down the street after not leaving a tip. WTF??
We’ve been on holiday at an All Inclusive hotel in Mexico and tips were included but still saw many people leaving dollar bills after ordering a drink. I know it’s the ‘done thing’ in the US but surely it would be better for the employees to have a good wage for doing what they are actually employed to do?
When we were in London last year we went to restaurant for lunch, when the bill came it showed the total for the food and drink and they added 20% – yes 20% for service. There was nothing on the menu stating a charge for service and I wasn’t having it.. Hubby was mortified.. I approached the head waiter – who was really lovely and said that the service charge was actually optional. They put it on the bill to be put into a ‘kitty’ that is then shared amongst all staff – back and front of house members. He then pointed me to a box that customers could drop what they felt was fair into. That’s what I opted for.
Don’t get me wrong here – I’m not mean, I just feel that if I’m paying for food and drink and the servers and other staff are being paid a fair wage then tipping should not be required.

Yes both of them. They are just not funny and I honestly cannot understand why either of them get air time on the TV.  Gervais thinks he so funny and actually laughs at his own unfunny jokes. Hart has got famous by being a bumbling idiot – comedy like that died in the sixties.
I just want them both put in a boat and cast off to sea. If they land on a deserted island they will have to make each other laugh, perhaps they’ll like their own humour. Me I can’t stand either of them..

I really could go on, but I won’t, but will say that Jeremy Kyle, The only way is Essex, Big Brother and No shit Sherlock research were also on my list.. perhaps Part 3 will be coming too!!

Click on the badge below to go to the linky – take a look at what’s in other peoples Room 101 – or take part yourself!

Elaine at Fun as a Gran

Cathy at The wicked world of Lucas

and Claire at Ninja killer Cat

Room 101 is the place that contains the worst things in the world.  Each Room 101 is personal to you so I’m going to list some of the things I would relegate to Room 101.

This is only a bit of fun – I won’t be offended if you don’t agree. 🙂 It would be great if you leave a comment to say what would be top of your list!

So here’s the first 5 of mine: END_OF_DOCUMENT_TOKEN_TO_BE_REPLACED 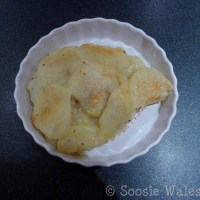